All of us dreading the cold follow up the first sight of snow with the notorious: “I wish I was at the seaside!” And thank God, today, the other side of the world isn’t really that far away. With a new dose of positivity I’m heading towards the nearest travel agency, a grinning agent wishes me a welcome and hands me catalogues filled with images of turquoise Oceans.

What do you think about Bali? 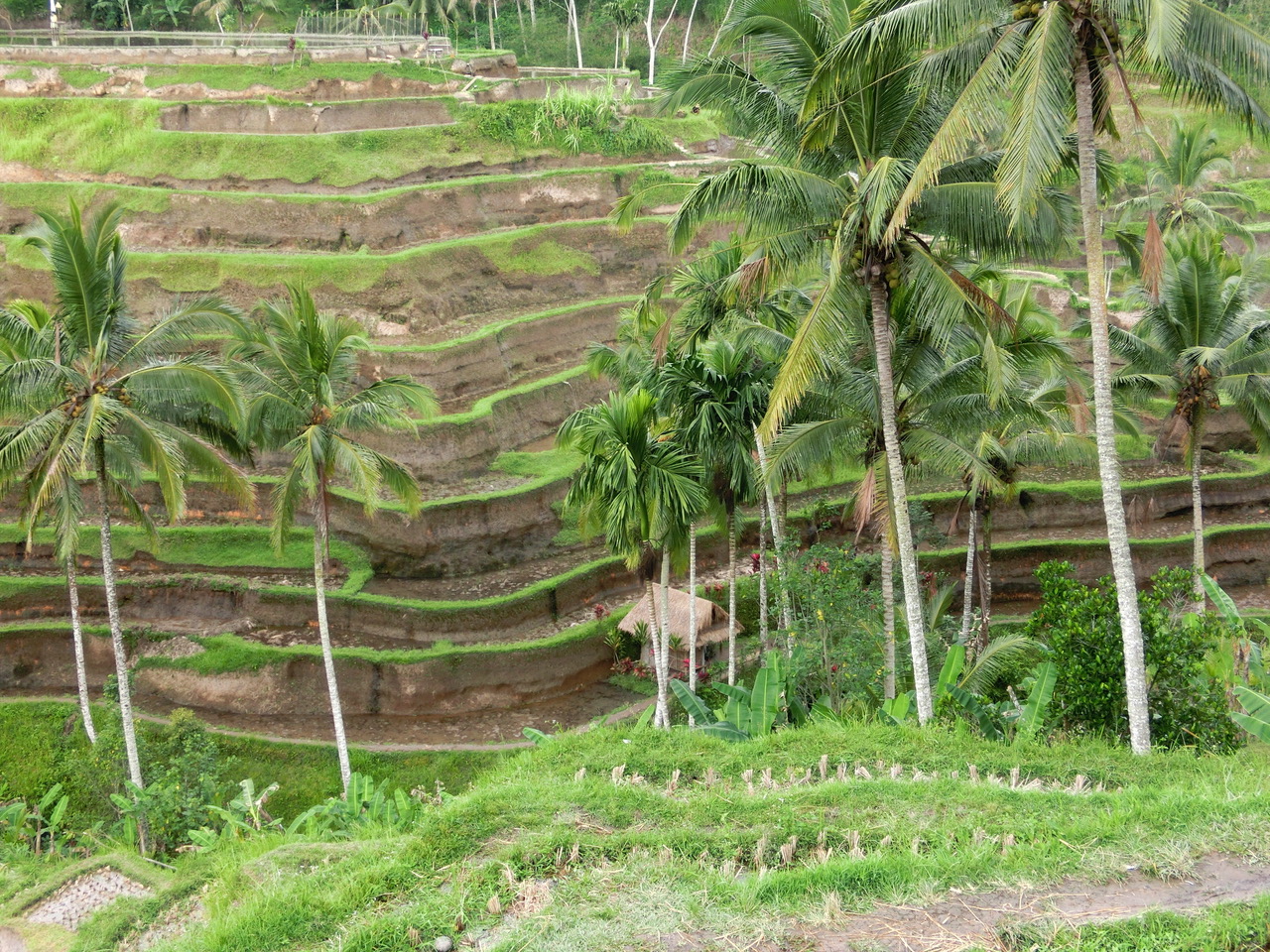 Oh no no, thank you. Bali is lovely, don’t get me wrong, the cascading rice fields are a spectacular view, but that volcano on the other hand is not. Last summer it decided to erupt right as I was standing in the boarding line for Belgrade. I had just mentally prepared myself for 24 hours of flying/transfer flights, and then got stuck because the plain couldn’t take off due to the volcano smoke. And honestly, I really wanted to go home, there I had realized that monkeys are only cute in cartoons. And not ever there, do you remember that scene from the Jungle book, a temple in the middle of the rainforest and an absolute state of anarchy, that right there is the exact description of the famous tourist destination The Sacred Monkey Forest of Ubud. Those monkeys don’t hold anything sacred, don’t be naive and buy bananas from the locals at the entrance to the temple/forest.

If they smell a banana, or even worse human snacks, they’ll jump on your back, open your backpack, and even take off your pants in order to get what they want. One even bit my younger brother once he realized that there were no more bananas. He still has a vampire like bite mark scar, and I don’t even want to talk about the trauma. 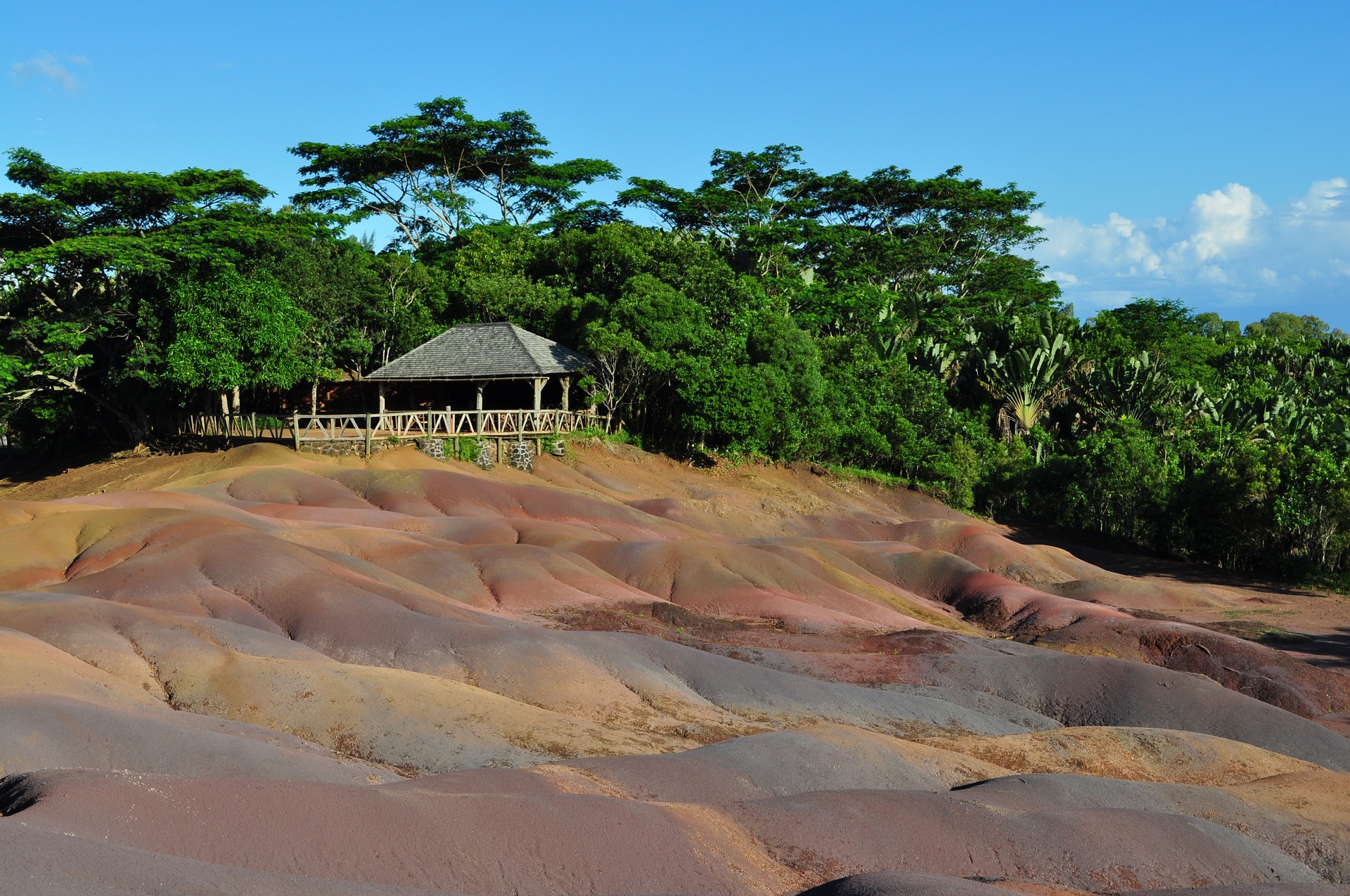 Well Mauritius is gorgeous, I’ll never forget the Valley of Seven Earths, but you know I have a theory on the extinction of Dodo birds. They claim that those funny chicken like birds with a head of a toucan, were so friendly that the Dutch sails men hunted them down with ease. I believe that they died from coconuts, more people die from a coconut falling on their head than from sharks, and that’s a fact. 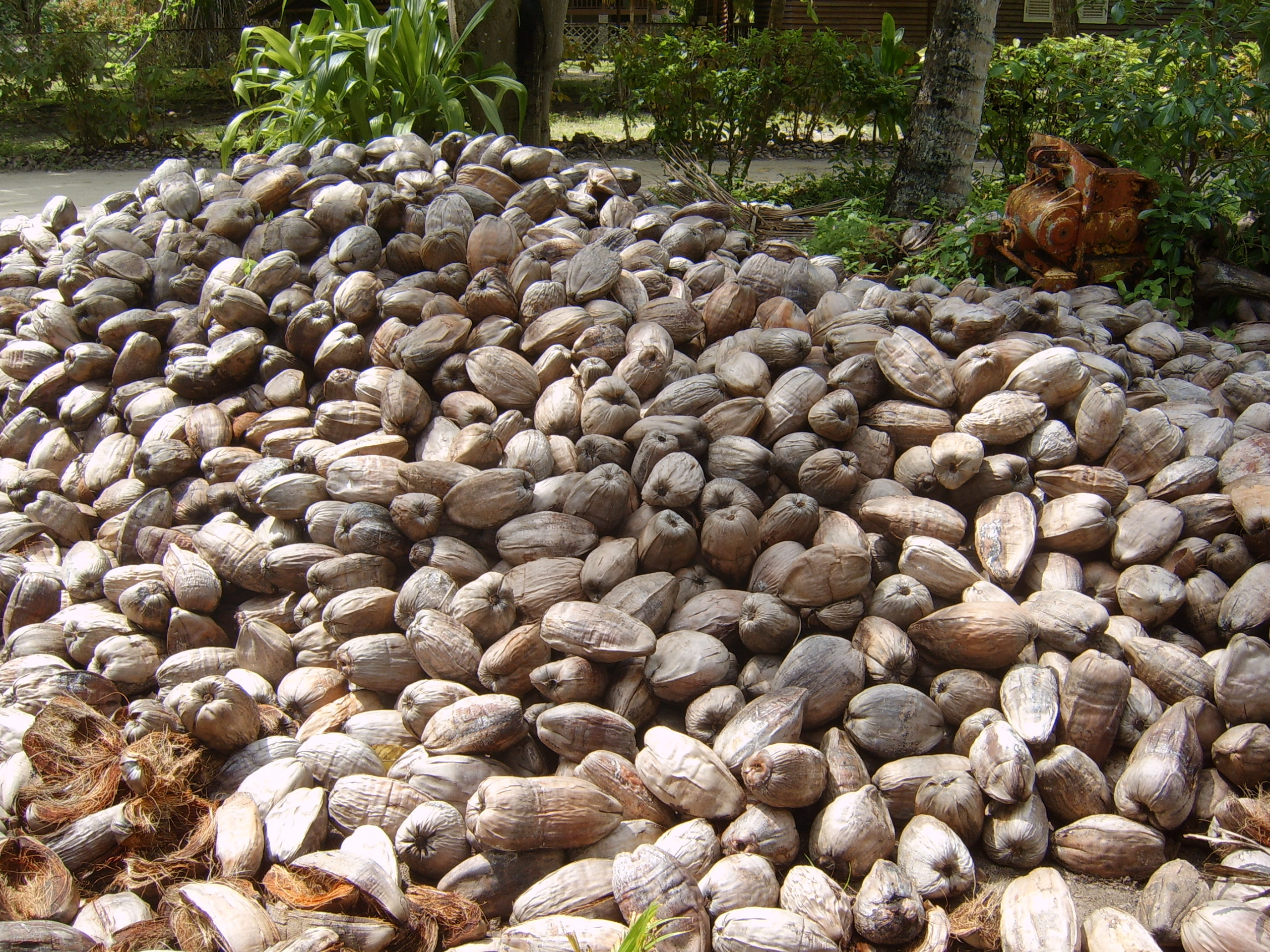 On the road to Port Louis, by the sea and rows of palm trees, a coconut fell in front of our car, and what a coconut, the bang was such as a New Years Eve firework! Our shock was followed up by the calm cabbie stopping the car, getting out on the road and slowly loading the coconut in the trunk. When questioned is this something normal, he replied with a smile: “Of course, if it didn’t fall on my head, I might as well take it home to my wife!

Maybe the Seychelles are the right choice for you. 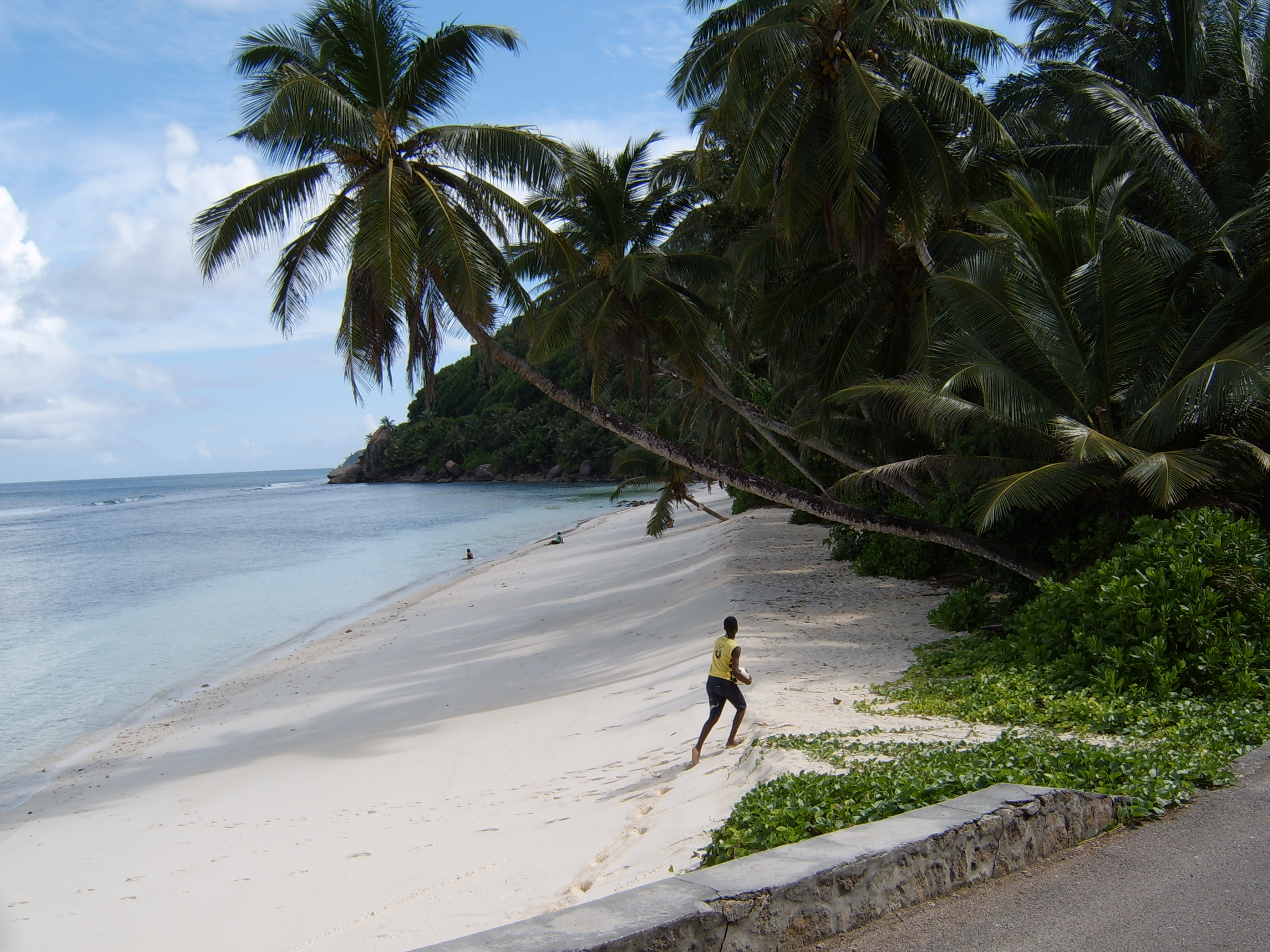 That thing I said about people dying from coconuts doesn’t mean that sharks are cute. When at the Seychelles a must it the island Lading and the most photographed beach in the world, remember all the hot women from Pirelli calendars, that’s where they were photographed. I should have know that a transfer by hydroplane is a must, I realized that as soon as the local guide told the whole group: “You guys get on that boat, I’ll take the plane, see you there!” And so a slightly confused group of tourists started boarding the boat, and upon entering each person was given a brown paper bag, promising is it not? As soon as we got out of the port and met the waves the vomiting commenced. Already sure that the locals knew something that we in sandals do not; I looked for a colored face among the crowd. All of the locals seemed fine, in some semi lying semi sitting position, with their heads firmly fixated between two head rests. I yelled “Assimilate” and poked my pale mother. And so the two of us lived through that boat ride and started believing that all is well. We arrived on a beach of magical waves and a group of tourists decided to go for a swim. Call me a downer but I didn’t really feel like it, instead I sat on a palm tree bent over the shallows. I just started enjoying the view when I heard the screams; people were frenetically trying to get out of the water in which a scarlet red was spreading. For the newly weds it was a quick honeymoon, and the bride was now a widow.

The coral reef at the Maldives keeps you safe from sharks you know? 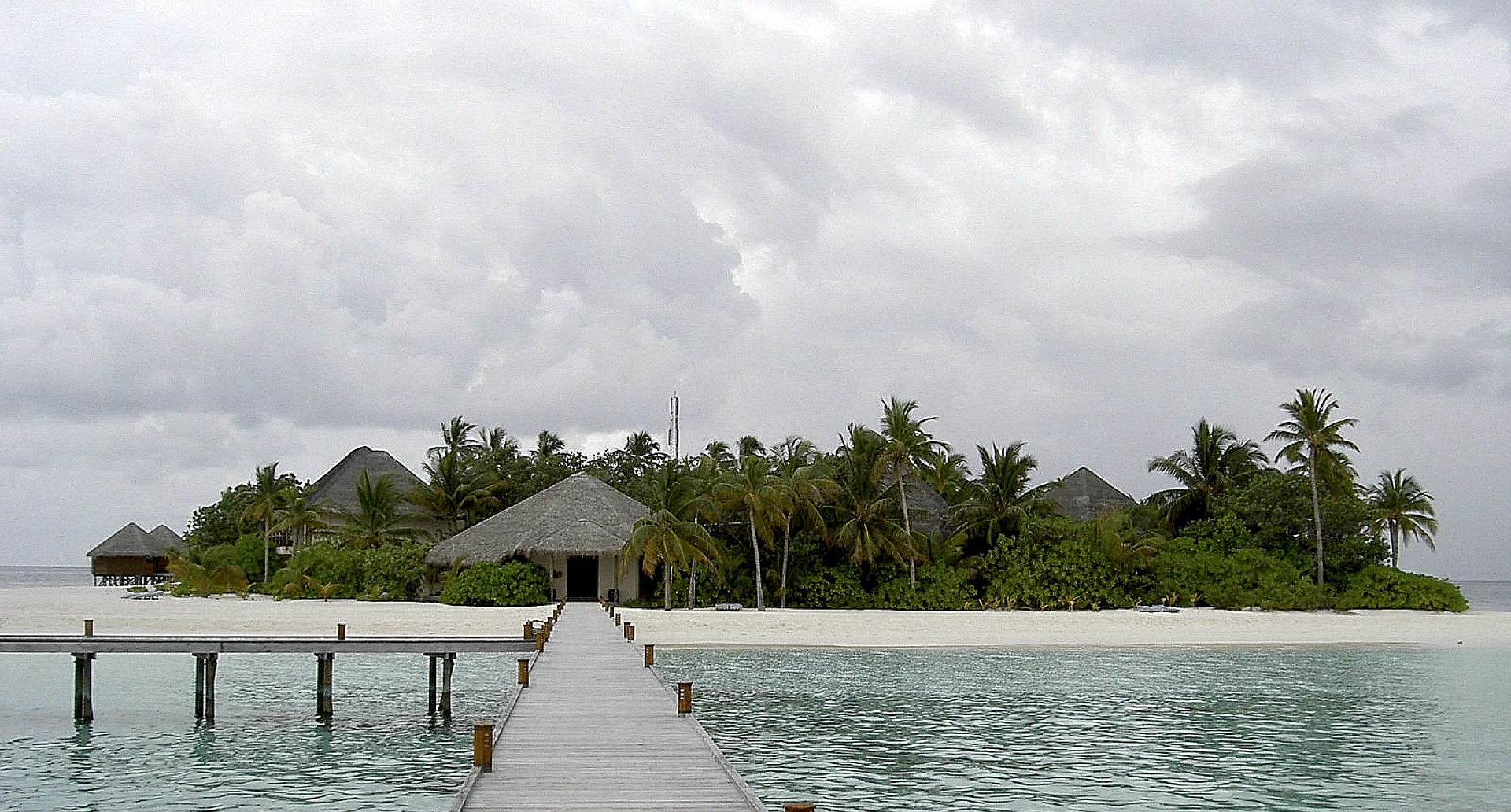 Sure it does but how do you get to the island and the coral reef. Upon landing at the airport two hours after midnight, we were greeted by two locals that were there to take us to the hotel. Keeping in mind that the hotel was relatively close we opted for a boat ride in order to save some money. What a mistake, we were caught by a storm in the open Ocean.

Our jolly drivers didn’t seem so brave and experienced while they were manically putting on orange safety jackets and throwing some in our direction. As we gripped to the boat we watched a black abyss open from under our feet, shortly, after which we would race down the other side of the wave, again and again for an hour. The boat was really an open motorboat, without anything that would keep us in it. It’s obvious that I survived sitting in front of you right now, but once on dry land my feet were shaking for half an hour.

Are you even sure that you want to go to a tropical destination?

Always, just look at all the stories I have to tell now! I love adventure and adrenaline rushes! It’s just that now I know, DON’T feed the monkeys, AVOID palm trees, ALWAYS take the hydroplane, and DON’T swim at beaches without a coral reef.