Figuratively, and also literally – fifteen years as a part of an Italian circus are highlighted in Sanja Trifunović – Hiblović’s autobiographical novel

A novel about scars of the past, about love, the universal kind – towards mother, daughters, husbands and all friends who came and went from her surroundings. How do you make up for a love torn apart by circumstances and how does divorce feel from a child’s perspective.

Sanja Trifunović-Hiblović, spent years living and working in Italy, as a marketing specialist. But that is only one of many steps that she took so far. The reason behind this conversation with Sanja is her first novel, Hug yourself and your life which will be introduced at Belgrade’s book fair, on the 26thof October 18h, in hall 4. It’s a true story about love, a brave woman, mother, and fighter, and about a friendship, which withstood the test of time. A story in which love is portrayed as the main motivator of all segments in life. 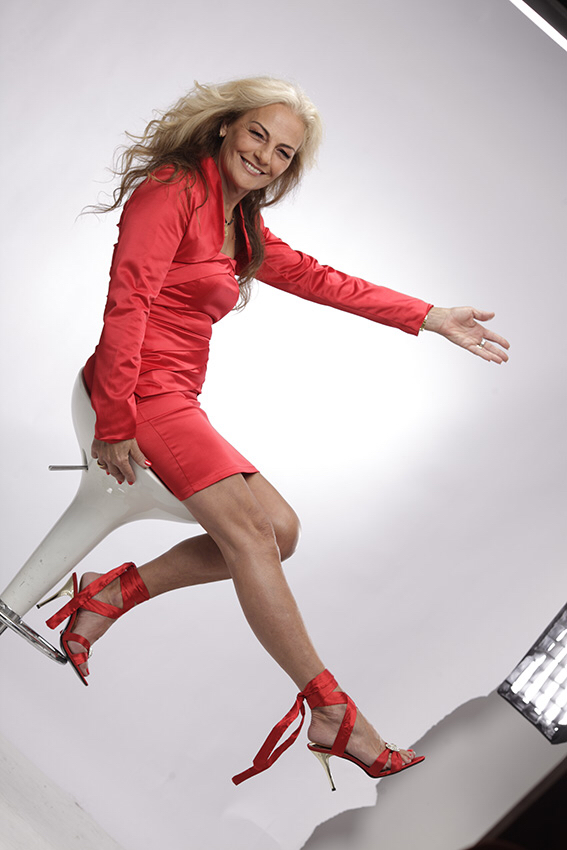 This is your first novel. I read that you even wrote as a child. How come you haven’t published something so far?

I always loved writing, but never thought about publishing anything. Writing was a means of dealing with hidden emotions, that which pressured me and awoke insecurities, but also brought joy. I wrote poetry, short stories and journals. It was something mine and mine alone.

Between the age of seven and eight, my whole future life got stuck, and I’m sure that this piece was the key to everything

But now you share your life with the public. What made you decide to take this step?

I haven’t decided. It just happened. I woke up one morning and started writing. In a few months I managed to complete something that is some form of relief and freedom. It was like the most beautiful trip, starting from my earliest childhood, when memory started to grow roots with all the pictures that remain still.

You filled your first novel with grand and deep emotions, many details from your childhood?

While traveling, I often surprised myself with my memory and capability to remember events which lead me to diverse places and gave richness in life and in the people I encountered. I didn’t write about them, mentioned some, and today pinned my life to there pages. I could write a book on each life period. And each one would include people I met on thee way. Nevertheless I focused on my feelings and phases, which brought great changes.Returning to my childhood, youth and early mature years made me relive some strong emotions, followed with tears, suffering and laughter. I managed to write it all on a small phone I carried on me for months, like the most valuable thing, “life in a pocket”. I wrote while traveling, lounging in the backyard, while spending time anywhere and anyhow. 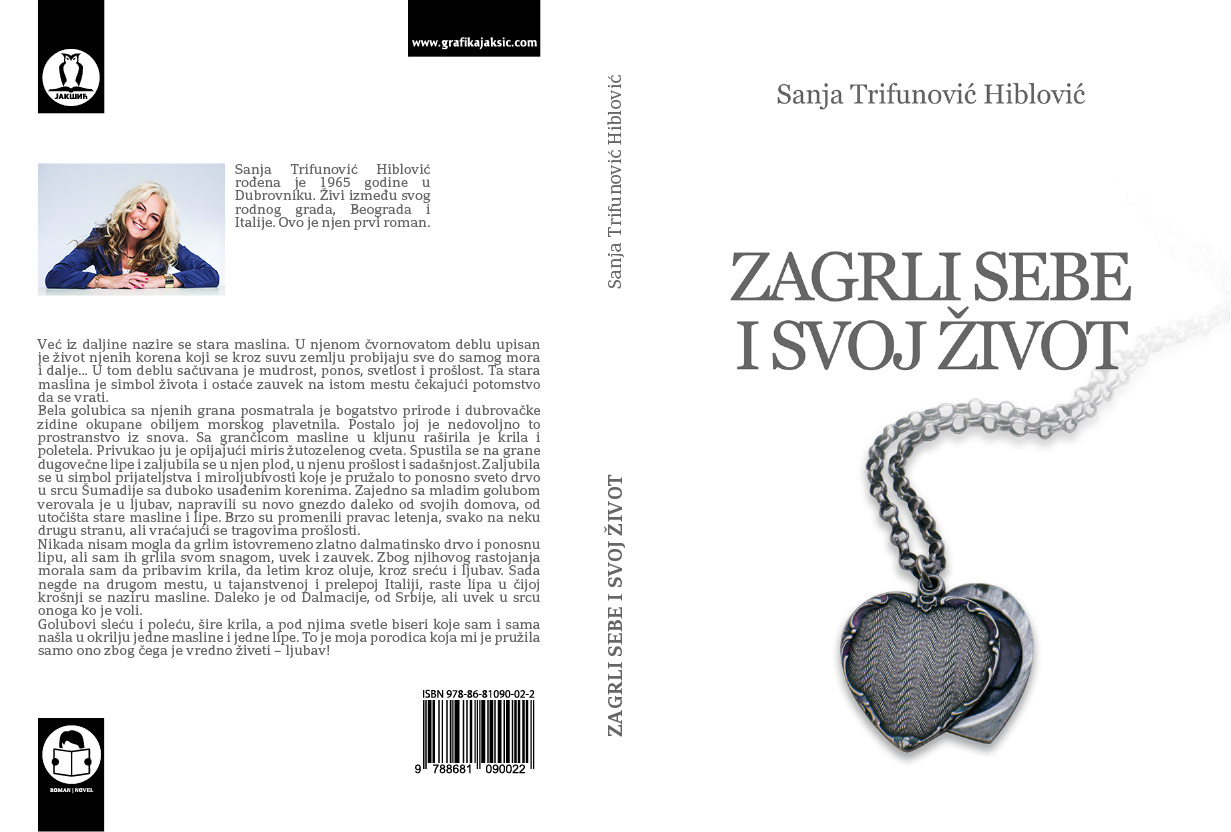 You had a very dynamic life?

My life is divided into several stages, the first one lasted for a seven and a half years. That “half had a huge impact, in that exact period, and while it could have been someone’s half a year, it was my whole life. I realized that in the end, or from some new beginning.  In that half between the age of seven and eight, my whole future life got stuck, and I’m sure that for everything that I’ve lived, I lived reliving that piece that was the key to everything. The next period was me maturing and learning what is life in it’s core. A dream. My life was always like a dream. The third revolves around the birth of my daughter, heavy war years, divorce. Soon the forth phase took me far away, but only on a physical level compared to others. It involved adapting to some new life, completely different, as well as the birth of my second daughter who of course wasn’t “second, but merged with her sister in a unique love.

If I asked where have you lived so far, what would you answer?

The book is good at describing my life in Italy. It means that literally, the whole of Italy was my home. From Pesaro to Rome, each city was my home for a month. The kids changed schools without any problems. My backyard was the whole city the circus passed. We had a lovely thee bedroom apartment with an amazing terrace. I enjoyed each morning cup of coffee sipped on my camper’s terrace which was my home for fifteen years. 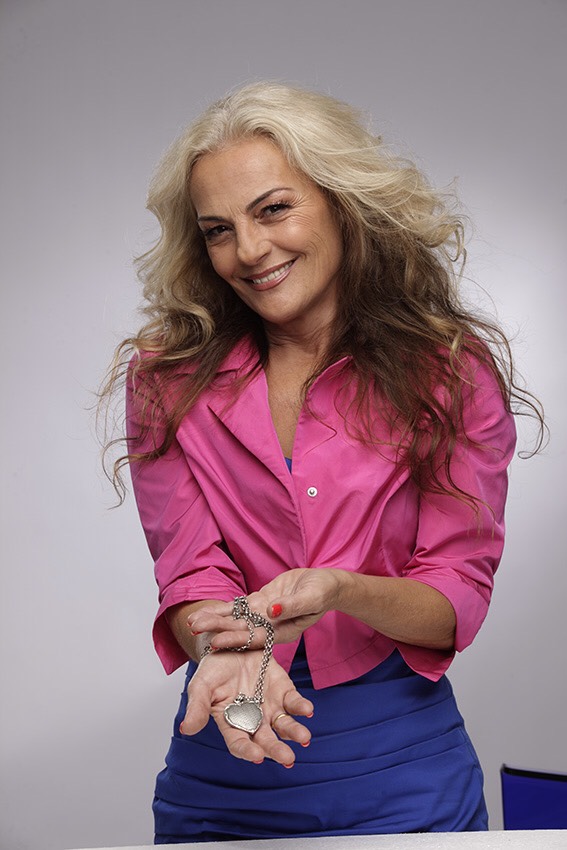 Living like a nomad with Italy’s greatest circus Moira Orfei was an exciting period. Did it require courage?

No, you don’t need courage when your heart guides you. Fear doesn’t exist then. Friends always compared my life to the circus. They’d often say: “You’re a circus”or “Everything happens to you like a circus”. The next stage was a circus, not just as a word, but real, colorful and true, in which I meet real love which allowed me to take my whole life and all the people mentioned in other chapters under that tent filled with dreams and joy, big enough to fit in all of us.

That chapter ended after long and beautiful years when a burden I didn’t know of awakened inside of me. The hardest part of my life between the age of seven and eight, one I considered a part of the forgotten past, resurfaced and forced me to fight it. But this time it was much harder because the goodbyes were definite.

One discrete question for the end. Could you title your story: “My successful therapy”, “My couch”, or “Final walk by the scars of the past”?

I think it’s my Final walk by the scars of the past !!!

Alone on the road on a typical female trip
DON'T SHAPE YOUR CHARACTER INTO A THIN LINE
WOMEN IN MINES – IMPRESSIVE LADIES IN A MEN’S JOB
Scents of Indochina, other side of the magic
Follow on Instagram