Asking about the story of fashion as a reflection of modern times, our stylist of reality Lara Milanović whose mission is creating some kind of unconscious reality

Fashion experts face no dilemma when claiming that fashion is the indicator of change in society. Simply, they say that once you walk the street and take a look at the people surrounding you, you have a clear sense of the direction in which the cultural code of communication is flowing. The first information about himself/herself, a stranger sends with his/hers coherent style or careless compound of the unexpected. Nevertheless, the truth lies in a completely different internal reality. More about how stylish women in Belgrade are and what messages we send to our close of expanded audience, talking to Lara Milanović http://laramilanovic.com/ stylist, fashion designer and ex fashion editor of Grazia magazine, who has for ten years as someone in fashion and from the aspect of creation tried to generate an unreal reality and potentially have an impact on the everyday real.

What would you say, while walking in the Belgrade city center, about how much has the style of an average women from Belgrade changed over the past ten years, and how would you describe it?

In some measure, it has changed as much as style trends have changed. In all reality not much has changed, in general and not just talking fashion. But when asking us about style, many answers should precede, because it is hard, for example, to math shoes to a bag on an empty stomach.

Fashion experts claim that fashion is the most reliable measure of the psychological and social-economical state of society. What is our fashion portrait?

Some psychologist or sociologist would give a more adequate answer than I can, or as you say a fashion expert. As someone who approaches fashion from a standpoint of creation, my job is to create some sort of unconscious reality, and with it potentially have an impact on the everyday real. And our (fashion) reality sometime seems so grim that it makes me wonder where are we headed, but then, luckily, a bright example emerges, some young, smart, tasteful, talented person and I think to myself that not all is lost.

I am wondering whether you noticed that almost every other car has a wooden cross hanging from the rear view mirror, I even saw this fashion statement around the neck of a casher in a large supermarket chain. How would you explain this?

A cross as a fashion accessory isn’t anything new, but I believe that said use of it has no fashion function. It is a statement of different kind, a sign of recognition, something along the lines “I believe and I believe more that you that don’t have a cross around your rear view mirror or neck.”

While working, I’ve learned to recognize an overload of effort behind which usually hides insecurity

Do you agree that style is a person’s identity? What kind of information do you get from a person who you’re interacting with for the first time?

Style is only a part of a person’s identity. But, it’s not important whether someone takes great care of their exterior or is nonchalant or ever careless about it – the very presence is what communicates a message. Just like the cross from the previous message. While working, I’ve learned to recognize an overload of effort behind which usually hides insecurity, even when someone made an effort to look like they haven’t made an effort.

Is style some sort of talent and how much can one affect it’s change and to what extent?

Talent is some sort of given affinity, capability in reality, therefore it makes sense to say that a person who has style was born with certain affinities, certain capabilities to play with ease, combine and create different forms, proportions, color schemes, textures – whether it be in fashion, exterior or cake decorating. But talent is only a small part, which should, when recognized, be taken care of and improved upon. Then, about the change of style – we have all changed our exterior, as we grew, left one life period and entered another, or from one life situation into an another one. But if you’re asking whether it’s possible to teach style to someone who doesn’t have a natural affinity to it – I think not. It’s possible to create certain patterns and rules, and it’s always possible to copy, you just need to know whomMoney has no direct correlation to style.

But money can buy you useful tips, especially if you’re smart enough to recognize that you don’t have style yourself 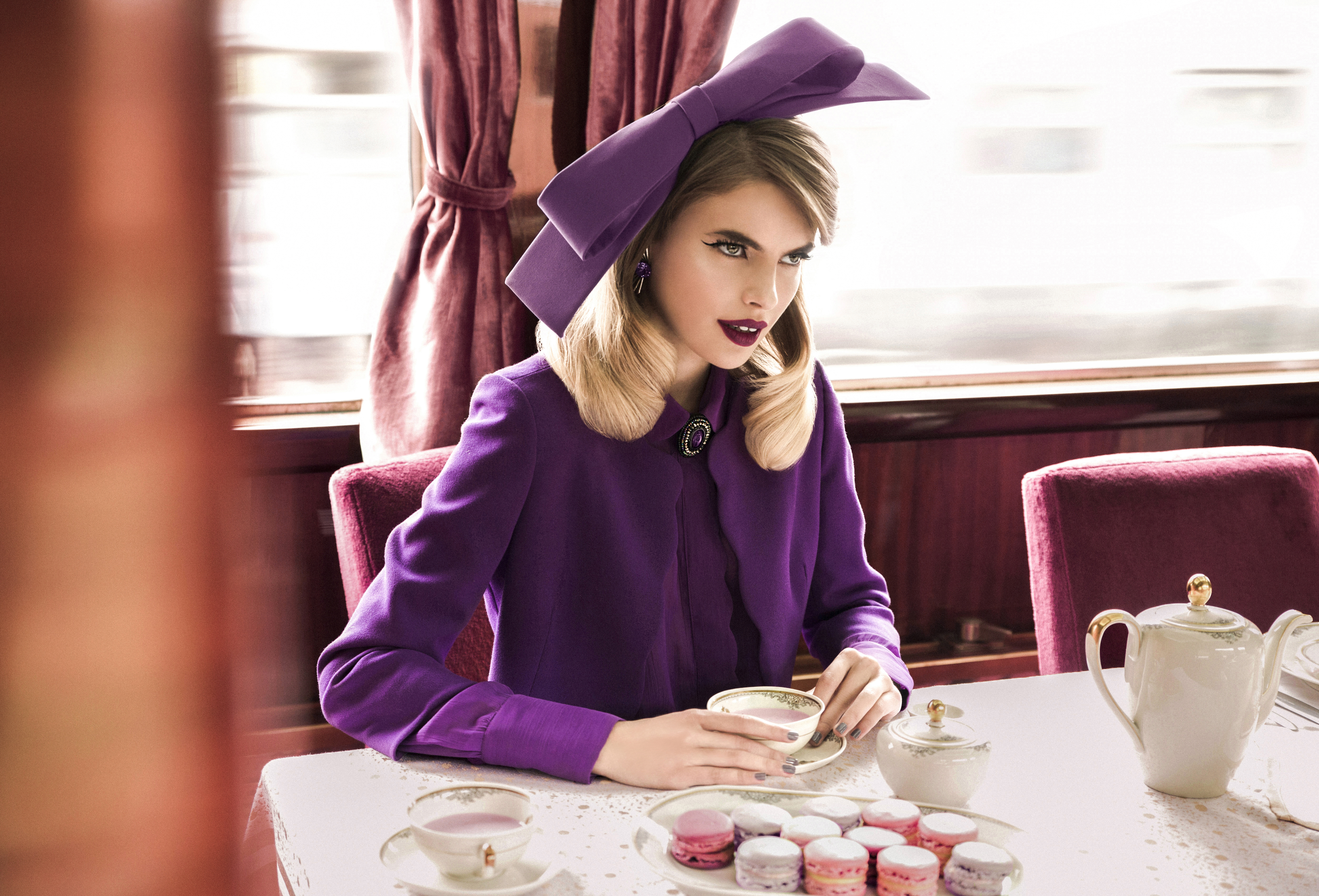 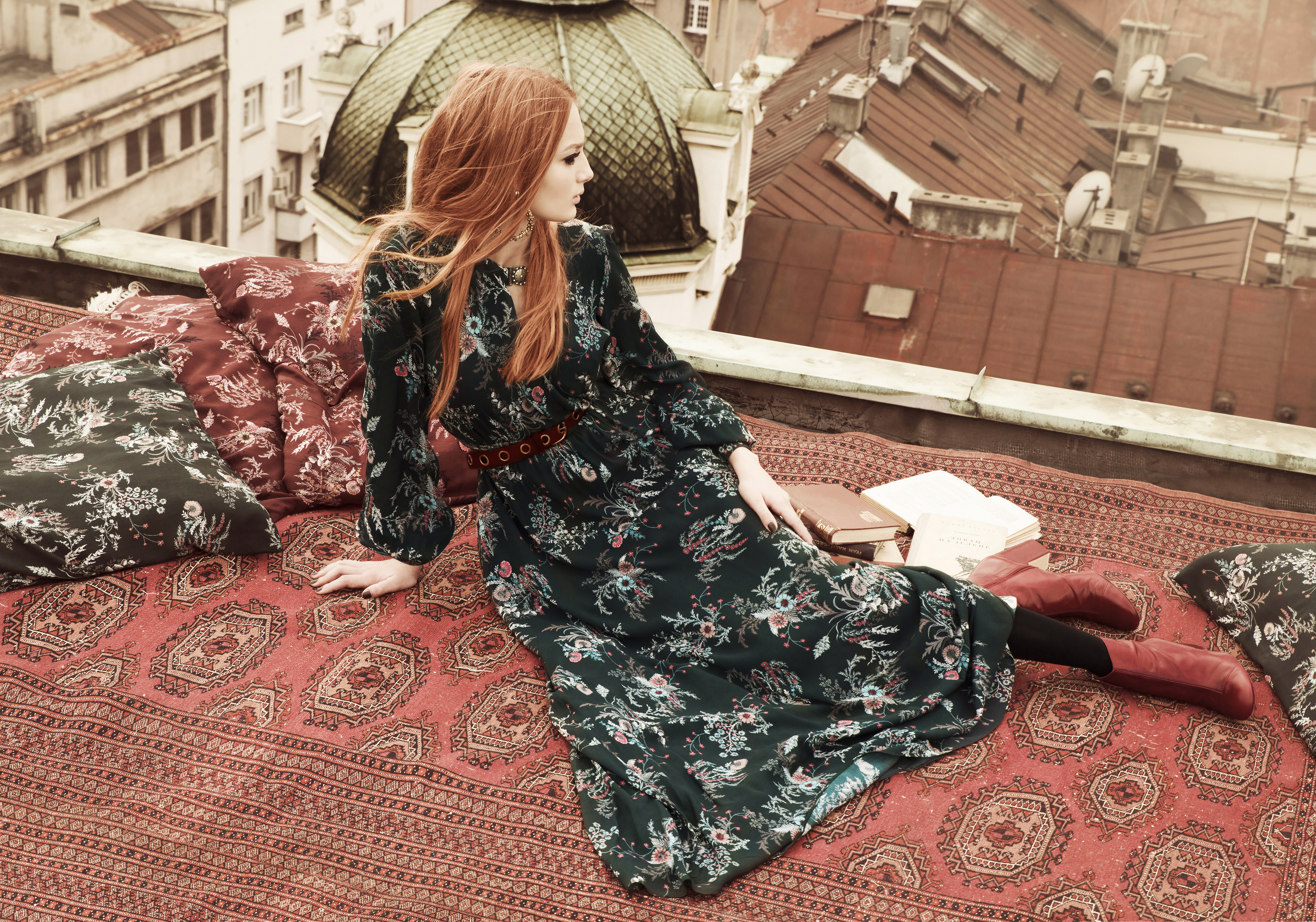 Fashion metamorphosis is clearly visible with people in the spotlight. Especially interesting are politicians whose photos from the start of their careers make it seem like a split personality disorder. Money is an important part of choosing a fashion item, but is it enough?

This isn’t anything surprising, a person’s style evolving since the start of their career, especially if it has lasted for years. There are many factors to it, and money is surely one of them. Some celebrities change their style from an event to an event, but that’s a constant battle for attention and survival on the scene and a place of wide philosophical speculations. Let’s just say that money has no direct correlation to style. But money can buy you useful tips, especially if you’re smart enough to recognize that you don’t have style yourself.

Time and fashion as a code of communication are an ever-occurring topic, but many expectations have changed. Is it acceptable for a 40+ women to wear a mini skirt, ripped jeans, printed T-shirts, hair up to her mid section?

It’s hard for me to generalize in this manner, because 40+ encompasses a wide spectrum of age, material possibilities, locations, jobs, married or unmarried statuses – but id “40” here symbolizes entering into the mature era of life – the border has definitely shifted and 40 today isn’t the 40 from half a century ago. There are so many examples of women over 40 that are considered fashion icons and look better than they did 10 years ago – Tilda Swinton, Hellen Mirren, Carine, Emmanuelle Alt, Charlotte Gainsbourg… I don’t see a problem in anyone wearing what makes them feel comfortable and attractive, as long as you respect the following – day attire should be adapted to the person’s build, event and time of day. I know it sounds cliché, but there isn’t much space for philosophies. Of course, exceptions like Iris Apfel are exceptions, and should not be tried at home. Then again, some outfits and items should be forbidden, regardless of age, but that’s a whole other story.

I wear red lipstick day and night; it’s obvious that I don’t follow

Leggings are usually the most despised item by fashion experts. Do you agree that they should be banned from all locations, besides maybe gyms?

Even leggings can be worn in interesting ways; there is no need to ban them. And fashion experts have an item they despise every year, you shouldn’t pay much attention to experts.

What are your forbidden items and combinations? What do you think about rules like, never a mini skirt and a deep V-neck, red lipstick in the middle of day, 10 cm high heels in the office?

My style is very simple, thanks to my line of work. I stay away from ultra mini lengths, strong make-up and cheap fabrics. I wear red lipstick day and night; it’s obvious that I don’t follow that rule. Some other ones are fine, for example going to a wedding in white, or not wearing heavy evening materials like black lace in the middle of a sunny day, wearing night attire at day in general, etc.

You taught me that it’s impossible combinations are sometimes winners – a dress over a skirt, cowboy boots with a wide shirt-dress, jeans and dresses… Where lies the boundary of good taste?

Uff, that’s hard to define, especially in only a few lines. I suppose that everyone has their own boundary, but as I previously stated it may serve someone as a guideline – you should know your physical strengths and weaknesses, accentuate the first, not the second. Know where you’re headed and why. If it’s daytime wear day attire, if it’s nighttime – night attire. You don’t go to a church like you’re headed to the beach, and certainly not to a beach dressed for a church.

Who dictates style here, and who do we trust?

The biggest impact here comes from celebrities from the music industry, unfortunately, followed by so called fashion influencers. All the education and fashion magazines are there in vain, this is the time we live in.

Sometimes forbidden combinations like white sports socks and sandals (styled like a German tourist), jelly sandals and a net tote bag suited for the marketplace became a must amongst trendsetters. What kind of message are we receiving from these style provocations?

In rare cases do these things make sense, they seem provocative, funny and intelligent and I really love them, even though I’m not inclined to ectreme experimentations on myself. In many cases than not, these fashion attempts are a miss to me, but luckily they come quick, and vanish even quicker.

While on the topic of trends, what is an absurd hit from the Spring/Summer 2018 season?

This season doesn’t strike me as overly absurd, everything has already, more or less been seen – pastels, geometric prints, shorts, tight skirts, slip dresses… the only thing I cant envision people in are “plastic” dresses and “plastic” ensembles in general. In temperatures over 30 degrees Celsius plastic isn’t the most practical choice.

Russians don’t see anything unusual on our streets; Scandinavians find everything over the top, Italians lack glamour

What are you most appalled by on our streets? How do foreigners view us (people that you work with)?

At the moment, on our streets, I’m among other things but mostly, appalled by the New Years lights, and I thing that so do my foreign colleagues. Otherwise, it mostly depends on where they come from. Russians don’t see anything unusual on our streets; Scandinavians find everything over the top, Italians lack glamour, and so forth.

Do you agree with the statement that some nations don’t pay much attention to style and what kind of impression they make?

Out of my personal experience, I know that most Americans don’t pay much attention to their own appearance, and not just talking about style. I also believe that the Dutch and Scandinavians lean towards a much more natural appearance and approach to fashion, at least compared to us.

Fashion mirrors time. How would you describe the beginning of a new millennium from that perspective?

Every decade of the last century was clearly defined in regards to style, up to the point that the era from which a photograph dates can be determined by the clothes in it. This millennium strikes me as uninventive, old trends are recycled, as if it lacks identity. Of course, I’m aware of the fact that we can’t invent hot water, but when I was a student, I envisioned the millennium’s new technologies, hi-tech materials, multipurpose garments, interactive shopping, and faster flow of information… But we still wear fur, like our ancient ancestors.

Alone on the road on a typical female trip
PANDA YANG YANG LOVES PAINTING
MY LIFE IS A WONDERFUL CIRCUS
Scents of Indochina, other side of the magic
Follow on Instagram