Because this is a country where airport workers bow down to airplanes, children that wear facemasks in kinder garden out of courtesy, cab drivers wear white gloves and have lace seat covers for passengers

I was ready for a whole other world, a land of high technology and at the same time extremely devoted to tradition. But what completely shocked me, and in the most positive way, were human relations, especially towards strangers. To start with, the welcome at the airport, where workers on the tracks formed a line in front of the cockpit and bowed down to the plane a.k.a. all of the passengers in it; all the way to bowing when you encounter a merchant, conductor, cleaner at the train station… Even though they are perceived as distant, which they are, they are also extremely kind. If they spot you on the street struggling with your GPS, they will politely approach you and in very bad English ask whether you need help. I know this first hand, if you are a stranger and something bad happens during your stay in Japan, you will have the royal treatment as well as being a VIP in their hospitals.

In Japanese companies, young experts don’t even thing about rushing in front of the elders, and the boss is always older

This is a country of approximately 130 million citizens, and merely over 500.000 foreigners on a temporary or permanent stay, therefore a relatively closed work environment. Which leads them to know, that if you live and work there, you are worthy of such a treatment! And the relationship towards elderly people is incredible – no other highly developed society shows as much respect. In Japanese companies, young experts don’t even thing about rushing in front of the elders, and the boss is always older. The children are taught to respect the elder since birth, and everyone is highly aware of the fact that the post-war generation rebuilt modern day Japan from ashes and respect that immensely. 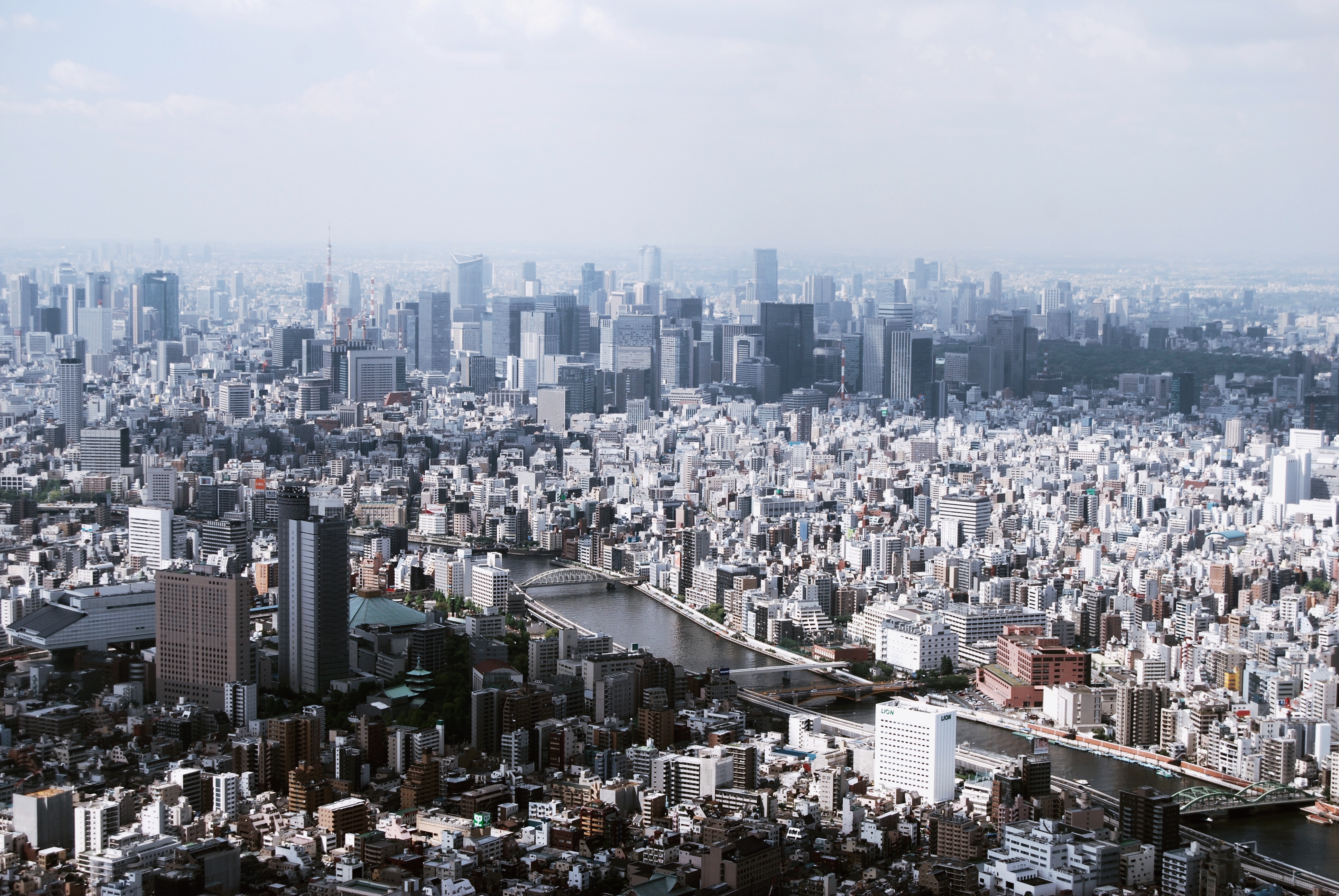 Courtesy is engraved in their minds. What you see on TV, facemasks in China, especially in Shanghai, are a temporary necessity due to air pollution, while in Japan, you wear a mask when you have a cold, a mother will put it on her three year-old so that he doesn’t spread the virus in kinder garden! They also wear them due to allergies, while in Tokyo, every fifth or sixth person on the street has one, mostly young adults –why? That is where the reasoning is completely social, the need for distance and complete devotion to media, without the need for human interactions.

There is so much traffic, but everything runs smoothly. Everybody calmly stands in line, on designated spots and waits for the train doors to open, of course not longer than for 1 to 2 minutes 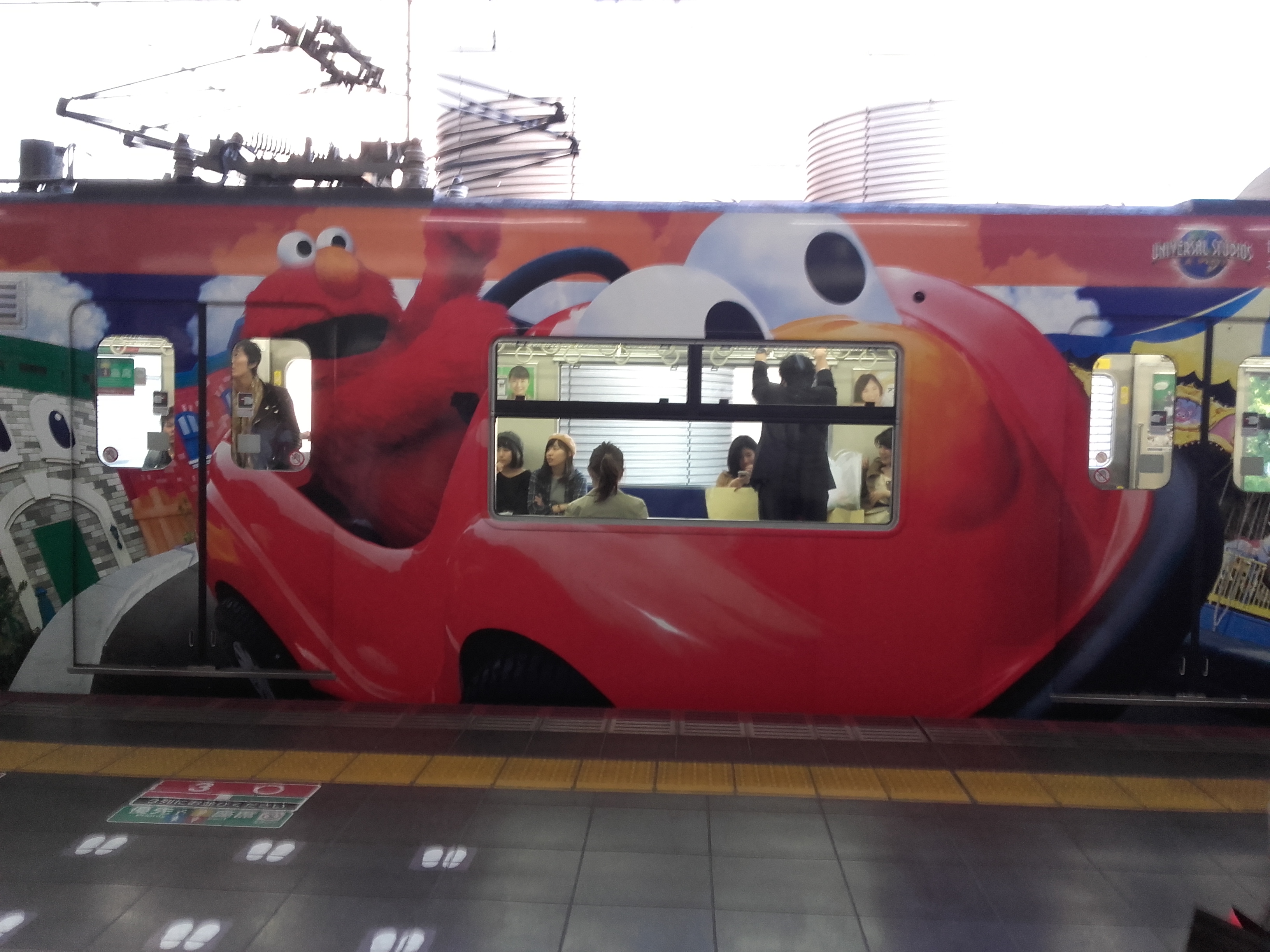 Before your travels make a reservation online for a JapanRailPass, a ticket that will allow you to travel on the Japanese high-speed railroad which with it’s 20.000 km of rails connects all the bigger Japanese cities and takes you straight to the heart of each one, like for example in Tokyo to the Tokyo station. They travel at speeds ranging from 300 to 350 km/h, and the trains are precise to the very second. If you wish to travel from Kobe to Tokyo, there is a train you can take each 15 minutes, which is equal to every public transport we have, and the 680 km distance will pass (with stops in 5 major cities) in 2 h and 40 min. While traveling, you practically won’t even leave the urban environment – 98% of Japanese people live in cities. All of which are situated on the East Coast of Japan. Don’t expect the view to be such of the seaside and beaches, that you won’t see. The complete East Coast of Japan is industrialized. Due to the self proclaimed fact that they are poor in resources – the coast is full of factories so that the resources imported on ships are immediately processed and exported to the whole world, for example car factories and heavy metal industries. Everything that they make, they also immediately export which is one of the secrets of their imperial rise after WW2.

All cabdrivers wear white gloves, many even wear facemasks, while the seat covers are made out of white lace. Why? So that you see how clean they are!

Arriving at the Tokyo station – the largest underground subway center in the world – with trains simultaneously running on three levels, the above ground shinkansen trains, lower ground metro trains – the city high speed railroad, and a level lower the subway.  There is a lot of traffic and crowding, but everything runs smoothly, no one yells, no one pushes around! Everybody calmly stands in line, on designated spots and waits for the train doors to open, of course not longer than for 1 to 2 minutes! The hygiene level of the train is pristine – the floors shine, like the hair of all the passengers in it! 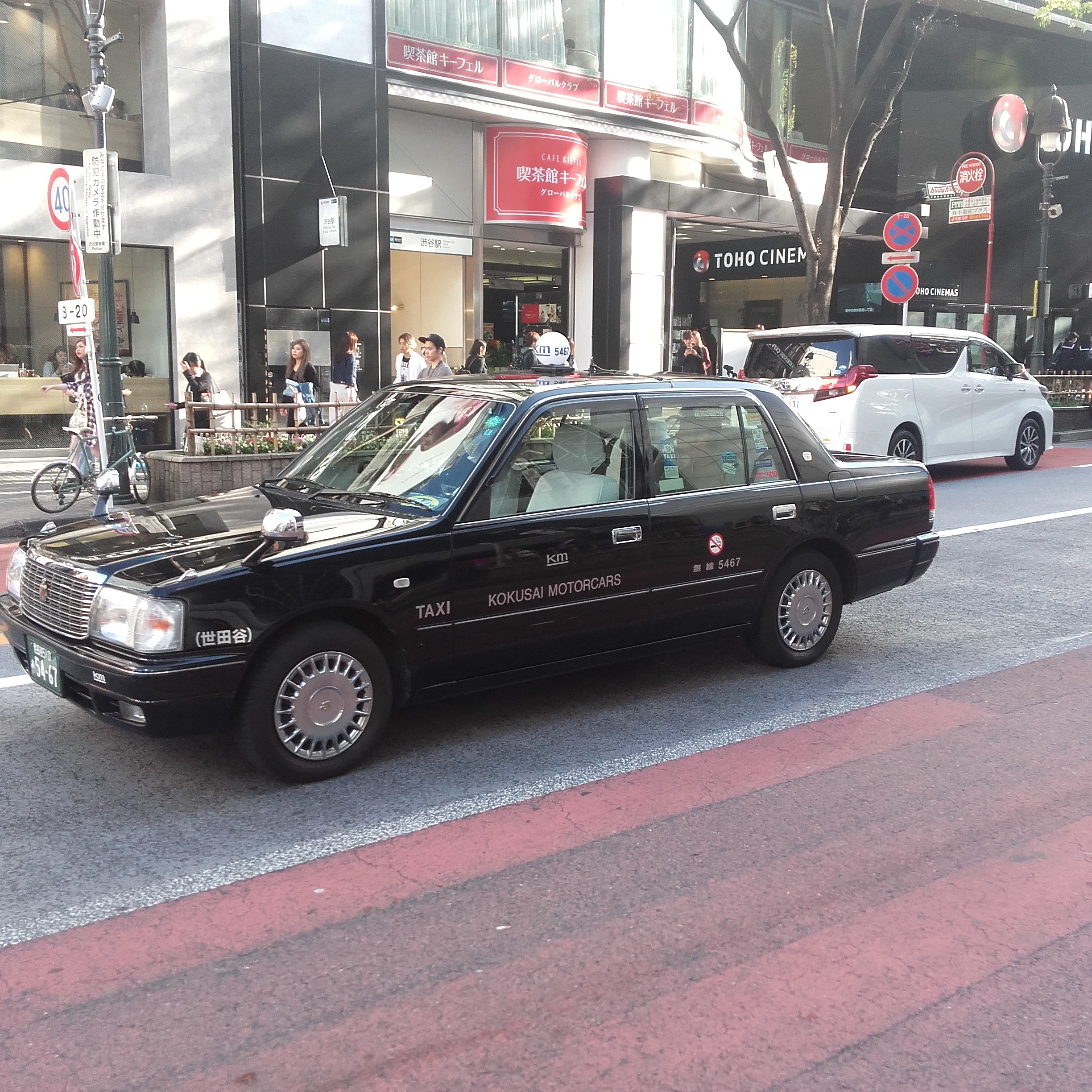 Cars in Japan are also perfectly clean, and so are the trucks leaving construction sites! How do they do it? Before leaving a construction site workers use high pressure water hoses to wash all the tires on a truck, which then in return doesn’t leave marks on the street. The taxis are a whole separate story – all the drivers wear white gloves, many even wear facemasks, while the seat covers are made out of white lace. Why? So that you see how clean they are!

Before traveling, you should also purchase Japanese wireless online – the price is around 50 Euros – and you will have Wi-Fi with you, which you will pick up at the airport, as soon as you pass customs, and later return to designated boxes, also at the airport, before leaving the country. It doesn’t get much simpler! The speed in unbelievable, in Europe the average Internet speed is around 4 Gb; there it’s 80 Gb.

The food – sushi in countless ways, okonomyaki – Japanese version of pancakes/pizza, delicious, miso soup, tempura, a diverse cuisine, light and tasty even though not spicy, unlike other Asian cuisines. Just my taste! The men must try Kobe beef – a unique meet of cattle brought up with daily massages and Mozart playing in stables! This specialty is very expensive, a kilo of this meat can cost as much as 150 to 300 euros, but is worth  it! The Japanese version of rakia, sake is a very mild drink, therefore the Japanese can have a dozen shots of sake on the weekends or after business events – our rakia would kill them for sure. A sign of prestige in Kyoto are houses that host tea parties, while superbly dressed geishas conduct the service. This type of service comes with a price and must be reserved in advance. While on the other side of Tokyo, there is a restaurant where you are served by robots – which also needs to be booked a week in advance due to high interest!

I remember one scene from a bridge in Kyoto – it was graduation day and all were dressed in traditional kimonos (both boys and girls), and at the same time had very modern haircuts. I found that contrast cute- it showed that usually they are very trendy, but on that day they know to respect their tradition and dress up formally (much to the likes of their parents, grandparents…)

The forecast of blooming of cherry blossom trees is carefully monitored, while many Japanese travel from south up north in order to enjoy the view for as long as possible

The most beautiful time of year for visiting Japan is during cherry blossom time (so called Sakura), which is the main yearly event. In Japan the school year ends, and the next one begins closely to that period. On TV the forecast of blooming of cherry blossom trees is carefully monitored, while many Japanese travel from south up north in order to enjoy the view for as long as possible. 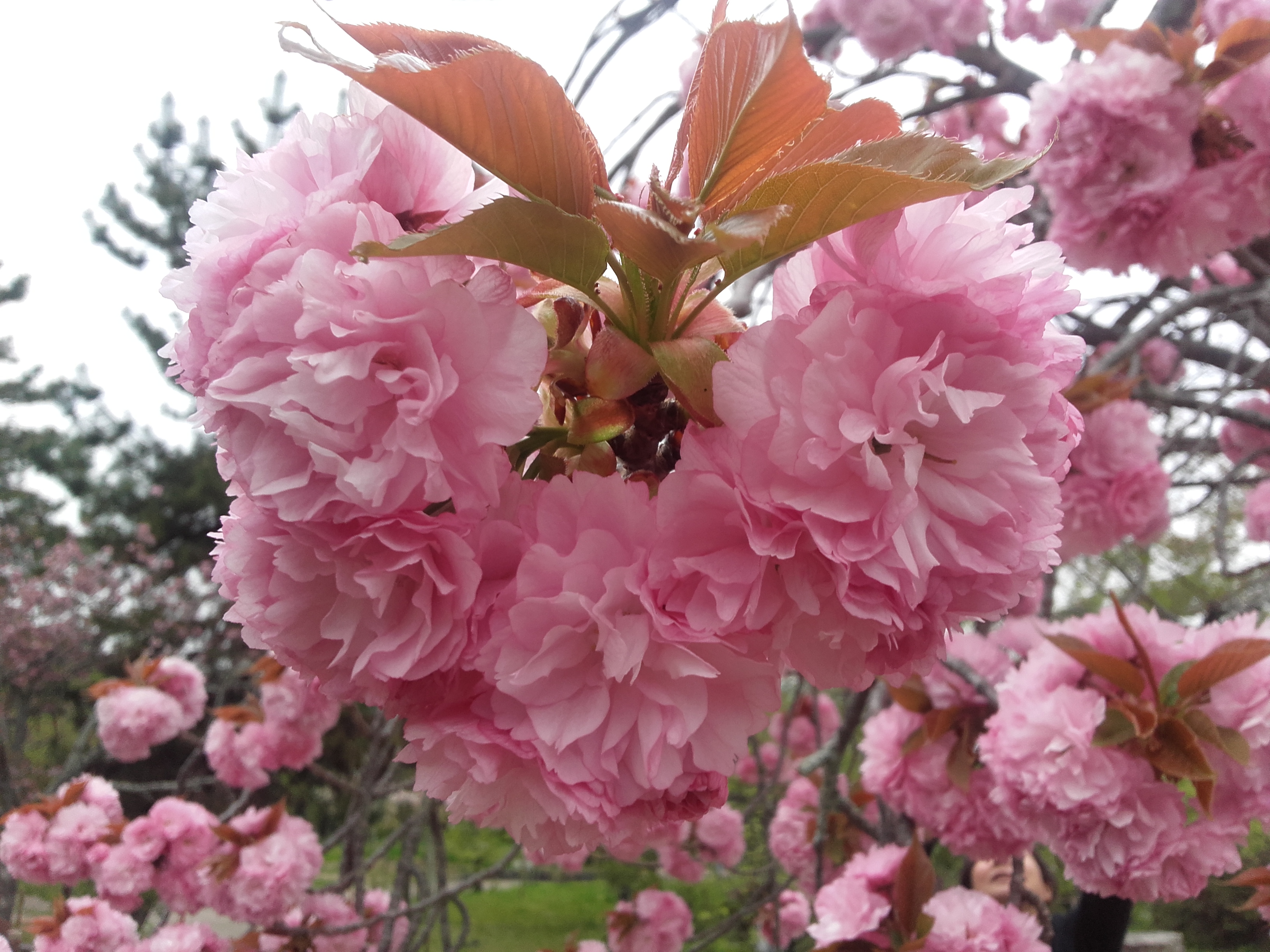 The nature varies as much as the climate – from the snowy peaks of Hokkaido in the north to the tropical seaside of Okinawa in the south. What left me breathless is mount Fuji – an eternally snowy peak at an altitude over 3500 m above the center part of japans main island Honshu – and is clearly visible from Tokyo which is 100 km away. On my next trip to Japan I would leave more time for visiting national reserves, which are impeccably kept and preserved.

On the city streets, especially Tokyo, almost everyone is business classy and tasteful, so I wondered when and where do Japanese women wear beautiful floral dresses (mostly in sizes S and XS) that I saw in store windows. Probably on private dates? Even when in business attire you can tell that what they wear is of very high quality and of course, expensive. Unlike the food, which is unbelievably cheap, even in restaurants. What amazed me, are bathrooms in Japanese condos –incredibly comfortable, simple and functional – instead of tiles there are rubber covers for walls and floors, so that the whole bathroom is one large shower from which, of course, water drains perfectly. There is no moisture of floods there. Famous Japanese toilet seats have a keyboard with countless functions – showering, drying, massaging and every time cause a great commotion with us foreigners.

In the end I would like to emphasize that most than anything I was impressed by the politeness of the Japanese – in the beginning the constant bowing seems odd – while entering or exiting a store, restaurant, train… But after a couple of days you will easily adjust to Japanese manners, and when returning to our dear Europe you will see, that the waitress in Helsinki isn’t very nice, the table isn’t perfectly clean, the official is picking his ear and five minutes late (a whole eternity for Japanese!). Adjusting to a better state is always easy. The ‘Parisian syndrome’ as a term doesn’t exist in Japan. In fact to the Japanese a symptom of romantic and beautiful is Paris, and are fascinated by Europe (until they visit it). During the early 70s a group of Japanese tourists came to Paris, the expectations were high. As they encounter the Parisian dirt, noise and impoliteness, they asked their embassy to arrange an immediate evacuation to Japan! Now, after visiting that incredible country, I must admit that I don’t find that strange. I think that to them, leaving such a perfectly organized and civilized country is a shock. In conclusion I can only say: Bowing down to Japan.

Why does everyone love a Korean beauty routine?
Mamma Mia, what beauty hides on Vis!
SICILY – TEN DAYS AND TWO THOUSAND KILOMETERS
My life in quarantine, day 11
Follow on Instagram